This post is a summary of a session from the MMI’s 2011 Annual Convention. 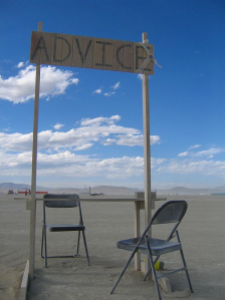 Anthony started off by quoting from an investor survey done by IBM that asked one simple question, ‘Would you recommend your financial advisor to someone else?’ Only 13% would recommend, 50% would not, while 33% didn’t even care!

How Efficient Are Markets?

According to research done by Windhaven Investments, most markets are macro-efficient and micro-inefficient, Stephen reported. There’s so much competition in trading individual companies, that Windhaven decided to invest only at the asset class level. They focus on the world’s top 20 asset classes, all in ETF index form,  since they’re a very tax efficient and a cost efficient way to participate in many asset classes.

Markets are never in equilibrium, they’re always in a state of flux, Stephen noted.  Therefore, Windhaven employs a dynamic asset allocation since prices don’t fluctuate randomly, they often make very wide swings.  They look for opportunities and take advantage of inefficiencies, he said.

“The very notion of ‘market equilibrium’ is phantom,” according to hedge fund manager, Bo Peng, from his blog post, Why the Market Is Never Right.  He continues:

This is arguably the biggest myth perpetuated in financial theory. The market is a chaos system (but with a big dose of intrinsic randomness added), with intrinsic non-linear positive feedback, that never settles down.

Can you build an endowment model for a retail investor?

Merrill Lynch doesn’t use endowment models for retail investors, Mary said.   However, more advisors are using all cap strategies to increase liquidity, she reported.  Correlation theory isn’t working, so advisors are trying to lower risk using ETFs and mutual funds.  But are they getting alpha?  “How are they measuring risk?”, Mary asked.

The head of the Windhaven advisory board “invented” the endowment model when he was at Harvard Management, Stephen responded, and he would be the first to say that it isn’t appropriate for every client. The main problem is liquidity, since endowments often invest in illiquid securities. This became a problem during the downturn in 2007.

The modern endowment model is not a magic potion that will smooth returns and lower short term volatility, but rather a strategy for accumulating incremental returns and achieving more divergent outcomes — over the long term.  One critical implication is that the endowment model should continue to be an attractive option for long term investors that are able to ride out periods of significant short term volatility.

How do you measure client satisfaction?

Advisory accounts have an advantage over brokerage accounts when comparing scores in client service excellence, Hans argued, because 1) more time is available for contacting clients since investment management is outsourced; 2) explaining fees is easy since asset classes don’t have different compensations rates; 3) there are no commissions on transactions.

What is behind Windhaven’s success in the past five months?
Windhaven had about a 60% annual growth rate from 2002 when they had $70mm in assets to 2011 when they have $6 billion, Stephen noted. A lot of this is due to their team and relationships to advisors and brokers, he said. Clients today are more aware of risk. Model portfolio theory, which was invented in the 1960’s, doesn’t get to where the real risk lies. Windhaven’s ability to control risk has helped them generate trust with clients.

Clients don’t want to strike out, Stephen noted.  By staying diversified it’s possible to smooth out your returns.  After experiencing liquidity problems in 2008, investors are looking for safer solutions, Stephen commented. Windhaven’s portfolios are 100% ETFs, Stephen said, but instead of buying from the retail market they go right to manufacturers of the ETFs to get better prices for their clients.

“I don’t have to hit a home run, the occasional double or triple is fine, I just don’t want to strike out,” Stephen joked.

Does your firm use alternative investments?

Merrill Lynch’s research recommends allocations to alternatives at all risk levels and all liquidity levels, Mary commented. However, their lack of transparency, lack of liquidity, and tax reporting issues make them difficult to manage and their fees often can’t be justified. They’ve tried to find AI proxies with mutual funds. While they’re not perfect, they can be used to replicate the space. “We pretty much avoid traditional AI in order to stay liquid,” Mary said.

Some of Windhaven’s growth comes from investors looking for alternative returns. “We’ve been called “the alternative to alternatives,” Stephen claimed.