Why Demographic Differences Define How Advisors Should Talk to Clients

“If I had dropped out of college when I was a freshman, I would be a billionaire now. But my mother forced me to finish my education, so now I’m only a millionaire.” — Andrew Mason, Founder and former CEO of GroupOn

This quote was provided by Marilyn Moats Kennedy, CEO of Moats Kennedy Inc., who is a career consultant based in Chicago. She used this quote as an example of how the Millennial generation has a radically different mindset from others. Dropping out of college to pursue your dream is seen as a failure by Baby Boomers, but as a valid option by Millenials and one that could even be the catalyst to make you rich.

Financial advisors must craft their messages differently, depending on the target demographic that they would like to reach, Moats Kennedy explained. Through the use of extensive surveys, she has found that each age group not only views the world through different paradigms, but have different fears, different life goals and different ways they prefer to communicate.

This article is a summary of a session from the Money Management Institute’s 2014 Annual Convention, which was held in New York City.

According to Moats Kennedy, the majority of US consumersinvestors can be divided into four age “cohorts”: 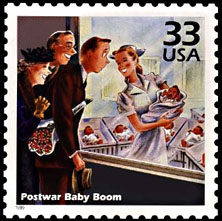 Many Boomers have realized that they will have to work until they’re 75 in order to support their lifestyles, since they used their homes as ATM machines and have little equity left, Moats Kennedy noted. Only 20% of Boomers have enough money to retire at age 67, while 30% of Boomers have no savings at all.

The question they should be asking themselves is, “how they can accelerate their investments for the next 10 years so they can actually retire at 75?”, she asked.  Advisors should create a plan for these clients to help them save the maximum amount during that ten year span, Moats Kennedy stressed.

Boomers do not want to be reminded that they are getting older, but they do have a desire to make up for the excesses of their youth.  “They have seen the light,” she declared and want help to build better financial habits.

The majority of current advisory clients are Cuspers or Busters

Moats Kennedy defines Cuspers as a transitional group between the Boomers and Busters.  In 1960, the birth rate dropped 40% in one year, the result of which is that Cuspers make up just 11% of the US population.

Cuspers can only be reached through referrals, but not from their parents. Moats Kennedy quoted from something called ‘The Principle of the Passage of Knowledge’. Children don’t want their parent’s financial advice.

Their strongest values are transparency and brevity, so don’t bore them to death with too many details in presentations. Their greatest fear is that their children will graduate college with heavy debt loads that will weight them down for long periods of their life, she warned.

Busters are very dark and pessimistic. They are most concerned about their financial future and have the fewest children.  This is strikingly similar to their own parents, who had far fewer children, on average, their parents did (they ‘busted’ the baby boom).

Their savings rate is 4x that of any other group and 60% of them have second jobs.  87% of Busters believe that they will be caring for one or both of their parents in their 80’s, she reported.

Stable investments appeal to Busters, so sticking with ETF’s and mutual funds would work best for them. 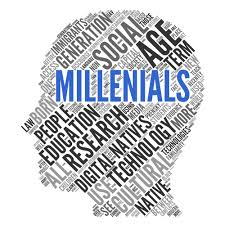 Every advisor wants to attract more Millenials to their practice. Some RIA’s hire staff in this age group since they should be able to communicate better with their peers. However, Moats Kennedy explained that understanding how this group is different is the key to effective communication with them.  (See 7 Best Practices of Successful NextGen Advisors)

It’s a mistake to treat Millenials as though they are just “Little Boomers,” Moats Kennedy advised. They don’t see the world in the same way, nor do they have the same model of success. However, they can be the perfect clients, since they will keep making money and (hopefully) growing their assets for the next 40-50 years, she pointed out.

Millenials prefer a direct approach, so get right to the point when giving presentations. Assume that they have already done their research on you, checked out your website and Googled everything about you in advance.  Moats Kennedy recommended asking them what they want to know will instead of trying to force feed them information to achieve better results.

Control over their work and life is a defining characteristic of Millenials.  In fact, control is 5x as important to them as it is to any other demographic group.   Millenials that are self-employed do not do it because they think it will make them rich, they do it because it gives them complete control, she observed.

Millenials often have unconventional careers, but older advisors often ignore them because they do not understand that this is a paradigm shift.  Remember that 1/3 of new millionaires created since 2008 are under 35 years old.  Younger people are more inclined to become entrepreneurs and start their own businesses instead of collecting a paycheck.  To take advantage of this trend, advisors should pick out a group of people with money and then figure out what they want, she proposed.

The Hispanic demographic will soon reach a tipping point and become a major source of investable assets, Moats Kennedy.  They make up 17 percent of the population and the majority of their wealth was generated from self-employed jobs, she said.

Small colleges are under tremendous pressure to attract new students in an environment where the value of higher education is under attack.  These organizations can be a wonderful source of research on designing a message that will resonate with young people, she noted.

Like his heroes, Steve Jobs, Bill Gates and Mark Zuckerberg, Andrew Mason dropped out of college to launch a business that he could have control over.   “One size doesn’t fit all” is the mantra for advisors that want to be successful in communicating with multiple client demographics categories.  Understanding that customers in each age bracket have their own approach to life and they see the world through their own lens is crucial to successfully selling to them and maintaining their business once you have it.

Prev8 Great Distribution Lessons for Asset Managers
Which CRM is Right for You? Envestnet|Tamarac’s Advisor CRMNext