5 Serious Concerns About the Envestnet Acquisition of Yodlee

There are two sides to every story, but usually only one of them turns out to be right.  The same will be true for Envestnet’s decision to back up the Brinks truck and dump $600 million on Yodlee’s shareholders to buy their beloved company.  Was it a brilliant idea, as I wrote last week or will it turn out to be a dud that doesn’t provide the expected value?

Last week’s article generated a tremendous amount of feedback and quickly became my most viewed article this year.   It also became the article that generated the most feedback.

There was no clear consensus.  Some comments were in agreement, some took a wait and see approach and some were downright negative. However, the negative comments were persuasive enough that I thought they deserved further investigation.

This calls for a follow-up article!

Here are five serious concerns that have been raised about the Envestnet-Yodlee deal.
Follow @wm_today 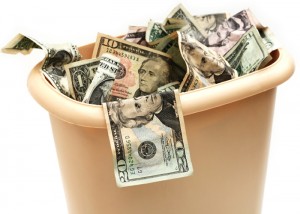 My bachelors degree was in Computer Science, not Finance, so I don’t claim to be an expert in assessing the value of any company.  But numerous comments have been raised that Envestnet overpaid for Yodlee, possibly by a few hundred million dollars.

Before the acquisition was announced, Yodlee had a market cap of around $370 million, yet Envestnet is paying $590 million. Does Envestnet’s management believe they are smarter than the collective wisdom of the market?

The market quickly expressed its opinion of the deal and knocked almost $600 million off Envestnet’s market cap of $1.6 billion.  Adding in the new value of Yodlee shares, which naturally went up in light of the deal, their total market cap is now back to where Envestnet started.

So, investors feel that the combination of Envestnet+Yodlee isn’t worth any more than Envestnet was before the deal?

They had to be after more than just data aggregation technology to pay that price, no matter how sophisticated Yodlee’s is.  Morningstar paid a paltry 28$ million for ByAllAccounts, which does essentially the same thing.  Even if Yodlee’s software, programmers and 72 patents are worth triple the ByAllAccounts price, that still leaves roughly $500 for their other business, which is selling anonymous data it gathers from credit card and debit transactions to investors and research firms.

As one commenter said to me, you need to have incredible vision to see Yodlee’s data business, which generates just $10 million annually, being worth $500 million!

2. They Wiped Out Their Earnings from the Past Year 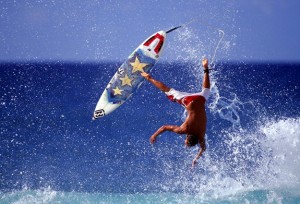 I received a lengthy email from someone who provided an in-depth review of the financials underpinning this transaction.  Yodlee had a huge operating loss for 2014, which essentially wiped out their earnings.  In the past four quarters, Yodlee has posted total losses of $11.6 million while Envestnet has posted profit of $12.5 million.   Using a dollar-weighted analysis of the combined firm, according to one analyst, this puts their operating earnings back to almost break-even!

As of June, Envestnet already had banked $126 million in goodwill from prior acquisitions.  For those of us who are not finance geeks, this means they paid more to buy these companies than they had tangible assets on their books. The rest of the purchase price gets chalked up to ‘goodwill’ and represents non-tangible stuff like their brand name, patents or proprietary technology.

The financial website GuruFocus.com provides this warning in their definition of goodwill:

When a large portion of total assets are attributable to intangible assets (such as goodwill), the company may be at risk of having that portion of its asset base wiped out quickly if it must record any goodwill impairments [lowering of the value from the initial purchase price].

Excessive goodwill on a firm’s balance sheet may damage the quality of their future earnings, according to a blog post by Aswath Damodaran, Professor of Finance at the Stern School of Business at NYU.  This is because earnings reports are more difficult to decipher when goodwill is involved, which makes it more difficult for investors to properly value firms that embark on numerous acquisitions.

Professor Damodaran also points out that there is evidence that the initial market reaction to an acquisition is a good predictor of the subsequent impairment of goodwill.  If this is true, it means Envestnet shareholders could have hundreds of millions of dollars of goodwill write-offs in their future.

One comment that I received predicted that as long as Wall Street doesn’t look for ‘actual’ earnings from Envestnet for a while, they should be all right!

3. They Already Have Enough Going On

Even the most well-run companies have an operating capacity that they can maintain without impacting client service and their overall business.  When you layer on top of this the mental efforts required due to numerous acquisitions; merging acquired staff, products and infrastructure into the existing business, senior management now has their hands full. 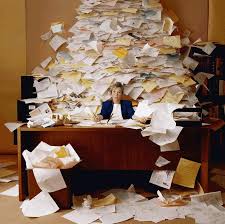 Here is the list of companies Envestnet has acquired in just the past two years:
The Prudential deal was mainly to grab the banking clients, which Envestnet coveted.  The Pru technology was mainframe-based, so was of no use to them.  Placemark had their own, successful UMA outsourcing business running on a separate technology stack that needs to be merged with the core Envestnet offering at some point.
Upside also requires technology work to connect their robo platform into the Envestnet back office so they can get access to their copious list of custodians.  Envestnet had already started some work on integrating with FinanceLogix before their bought them, but a lot more development needs to be done in order to make financial planning a seamless experience for Tamarac and ENV2 clients.
That’s a lot of work that Envestnet already has on their plate!  And now add in Yodlee’s 1,000 employees, global locations, consumer-facing business and (what some people refer to as) aging technology that must be integrated.  There is a tremendous challenge ahead for the entire Envestnet team in order to make this acquisition successful.

4. They Risk a Culture Clash

A quote from an analyst at UBS, Alex Kramm, in an article in Crain’s was interesting:

“At first glance Yodlee appears to be unrelated to Envestnet’s core model and sends the combined company in a new, uncertain direction (at a big price tag). Based on the shares’ performance today, we believe that investors clearly also question the deal and direction of the company…” 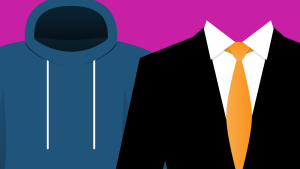 Of course, investors hate uncertainty.  They prefer steady and stable increases in revenue and profit, which is rewarded by increased share price.

In a recent RIABiz article, Eric Clarke, president of Orion Advisor Services LLC, stated that the biggest challenge in Envestnet’s purchase of Yodlee was “cultural integration”:

“… Wall Street may perceive risks that go beyond the financial — namely merging a Yodlee workforce of nearly 1,000 people, many of whom are Silicon Valley-based idealists bent on helping everyman with their finances, with Envestnet’s people [mostly based in Chicago and New York] for whom improving the SMAs and UMAs of the wealthy is a primary goal.”

Can a single, combined company maintain their focus, stay an industry leader and provide a high level of customer service to both financial advisors and consumers?

Was the Envestnet Acquisition of Yodlee a Mistake?

Whether you believe that this deal was a stroke of genius or an example of management overreach and a waste of money, you will have to watch and wait to find out the answer.  If Envestnet’s management team, led by CEO Jud Bergman and President Bill Crager can execute on their vision, with help from Anil Arora, CEO of Yodlee, who becomes vice chairman of the combined company’s board of directors, this deal will catapult them into the stratosphere of the wealth management industry for the next decade or more.

But if they cannot execute, if they get bogged down by the size and scope of this acquisition, if they lose their focus on the client experience, then disaster is on the horizon.  Envestnet’s competitors will start picking off their unhappy clients, their earnings will suffer, their stock price will tank and they will become
Follow @wm_today

Related WM Today Content
5 Reasons Why the Envestnet Acquisition of Yodlee Was Brilliant
Robo-Advisors Shakeout: Who Will Be The Last One Standing?
Can The Power of the Crowd Disrupt Financial Advice?