RoboAdvisors and the DOL Rule: Perfect Together?

I just finished an interesting book called “Time Travel: A History” by James Gleick.  It is a well-written amalgamation of the history of time travel in Western literature, starting with H. G. Wells’ classic, The Time Machine.

Since Well’s novel pre-dated Einstein’s theories by almost a decade, he was not aware that time is relative to each observer.  A space traveler would experience time slowing down as they accelerated towards the speed of light.

But for those of here on Earth, time seems to have sped up over the past year, especially for wealth management industry.  Sometimes it feels as though we are standing still while events are whizzing by all around us!

Is the DOL Fiduciary Rule a Game Changer for RoboAdvisors?

Many in the industry expected that the DOL Rule’s fiduciary requirements would push broker-dealers to divest their smaller accounts to avoid the risk of litigation. An automated investment process would seem like a solid alternative, especially since small accounts are usually less complex. The question then becomes, do roboadvisors comply with the DOL fiduciary rule?

That depends on your definition of “fiduciary”.  The State of Massachusetts published a Policy Statement saying that “robo-advisers, as currently structured, may be inherently unable to carry out the fiduciary obligations of a state-registered investment adviser.”

However, at least one law firm has taken a public stance in defense of automated advice platforms, arguing that as long as the service provider and the investor agree on the scope of services, then the rule’s requirements can be considered satisfied.

RoboAdvisor Betterment felt so strongly about this that they took out a full-page ad in the Wall Street Journal. It ran on December 5th and issued an impassioned plea to president-elect Trump to maintain the DOL rule, apparently due to speculation that the regulation may be repealed or, at the very least, de-fanged. I had the opportunity to comment on that development in a recent issue of Investment News.

“The roboadvisers see the DOL rule as being a disadvantage for broker-dealers, and they think they’ll be getting business from broker-dealers dropping small accounts.” 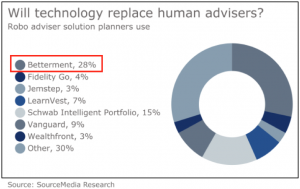 Broker-dealers make money in a lot of ways that would be banned under the proposed rules.  Sub-transfer agency fees and partnership fees from mutual fund companies, fee sharing from turnkey asset management providers and interest payments from holding investor cash would all have to end.

What Jon Stein, Betterment’s CEO, does not seem to realize is that broker-dealers are not standing still, aimlessly waiting for the rules to take effect.  In many cases, they have made DOL their number one priority and are pushing hard to redesign their business models and technology infrastructures.

My firm, Ezra Group, has helped broker-dealer clients adjust to the new regulatory environment.  One area that has received special focus is small accounts.  Launching a digital advice channel has become a common solution to address this issue.  Vendors such as Invesco Jemstep, Vanare and SigFig provide a platform for wealth management firms to offer cost-effective options to service small accounts in a compliant fashion.

In a sense, pure robos like Betterment may even have an advantage over platforms like Schwab Intelligent Portfolio. According to Michael Kitces, the use of proprietary products can make compliance dicey. A flat AUM fee, or even a set of tiered fees, meets the “level fee fiduciary” requirement in a portfolio that generates the same fee regardless of the investor’s risk preference. With Charles Schwab and Vanguard gobbling up the available assets thanks to their brand name recognition, any advantage is a welcome one.

A recent survey of independent RIAs found that Betterment is the B2C platform that most believe will be successful in the long run. 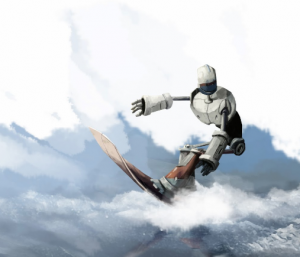 In just a couple of short years, digital advice went from humble offerings with a low-cost menu of simple investment choices to a popular service that is a must-have for most wealth management firms. The capabilities of leading firms have grown by leaps and bounds as they try to innovate fast enough to stay afloat even as Vanguard and Charles Schwab grab the majority of assets.

With the wave of excitement well behind us, it is clear that roboadvisors have not taken over the world. Why?  In my opinion, the hype was overrated by VC’s and media who believe that roboadvisor startups have the same flight path as social media, instant messaging or ride sharing.

I wrote about this misunderstanding over a year and a half ago:

“Transferring your [part or all of] life savings to an online advisor is a more involved transaction than buying a book, signing up for social media or hailing a cab.”

That is one of the key reasons why well-established firms with great brand name recognition are leaving VC-backed platforms in the dust. Even as roboadvisors offer the convenience of all-digital account opening, a seamless and beautiful user experience, and the ease of transferring accounts at the push of a button, investors just seem more comfortable trusting a platform with a big brand name behind it. Until something unexpected comes along. Cue the DOL fiduciary rule and the recent election.

Betterment’s management has made a considerable investment in the full-page WSJ ad. The goal was two-fold; communicate to investors that their platform is ready for the DOL requirements, and boost their brand recognition. I don’t believe they had any expectation that president-elect Trump would be swayed one way or the other. 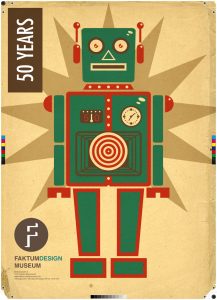 Will it pay off? In my opinion, Betterment will be one of the few B2C roboadvisors to survive that isn’t named Schwab or Vanguard. I have found Betterment to be considerably more innovative than their competition with features like Smart Deposit, which works like a sweep account, and a goals-based process, it speaks to Millennials whose primary focus is building up their savings as well as to more established investors who prefer a more self-directed experience.  (See 4 Reasons Why the End Is Near For Wealthfront)

Time will tell what actually happens with the DOL as Trump takes charge in early 2017. The rule is set to become effective in April 2017. Repealing the entire Dodd-Frank Act, from which the rule stems, seems to be a long shot. But Republicans in Congress could cut funding for enforcement or the new Secretary of Labor could simply decide to ignore the more onerous sections.

Despite the uncertainty, many firms are moving ahead with preparation, no doubt intending to use the fiduciary focus as a differentiator even if the requirements are relaxed. The industry trend to absorb the best roboadvisor features will continue. And it is possible that by 2020, Betterment will be one of the few B2C robos left standing.