Whether you call them RIA consolidators, aggregators or roll-ups, they are all fighting toward the same goal: keeping their advisors happy and growing their assets.  Yet how they got their their current size and how they plan to keep growing is a story that often gets overlooked.

Three successful RIA rollups recently appeared on stage at the T3 Advisor Conference to give us some insight into the secrets of their success.  Hightower Advisors, Mariner Wealth Advisors and Dynasty Financial have almost $100 billion in assets between them.

Each of the firms offered some insight into the best practices that have been the drivers of their impressive growth.

Advisors coming out of wirehouses are used to being surrounded by top flight support teams.  The top RIA roll-ups understand this and have enough staff to ensure that everything runs smoothly. 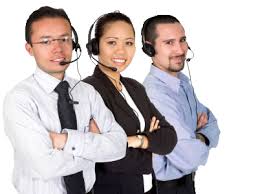 Mariner, which has $43 billion in AUM, has 10 dedicated IT staff and 10 analysts providing business intelligence reports to help advisors manage their business more efficiently, according to their CPMO, Brian Leitner.   They believe that advisors need to spend more on business analytics, so they know who their clients are, he noted.

They also built their own trust company, tax division, insurance division, investment management and retirement planning teams.  It is a one-stop shop for advisors so they do not have to bring in any assistance from outside the roll-up environment.

Hiring the enough people with the right skill sets will help assure advisors that they can trust their partner firm to handle everything. As Hightower’s CTO/COO, Doug Besso, explained, “The fastest growing advisors spend all of their time growing, not running their business.”

Just because you can hire someone to handle something does not mean it is the best decision for the business.  All three of these firms have outsourced their cybersecurity defense to external companies.  This is a wise move, in my opinion, since cybersecurity is not part of their core value proposition.

Computer and network security has been elevated from a purely IT issue to one of compliance once the SEC started including cybersecurity as part of their exam priorities in 2014.  This adds cost and complexity and makes it even less likely that internal staff can handle all the work necessary to ensure end to end security for dozens of offices across the country.

According to the 2015 report from OCIE, the majority of broker-dealers (88%) and advisors (74%) have experienced one or more cyberattacks.  The downside risk is too great to not outsource this responsibility to the experts.  (See Why Are Most RIAs Unprepared for CyberSecurity Threats?)

Many RIA’s have technology infrastructure that was cobbled together from disparate system and does not scale very well.  At some asset level, it becomes a limitation on the firm’s growth. This is a factor that helps helps push RIA’s into the arms of consolidators proposed Hightower’s Besso. 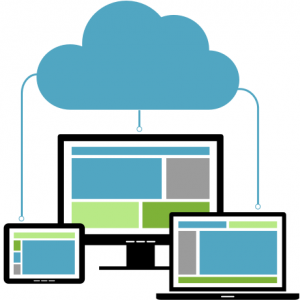 Hightower has built a tightly integrated platform based on a number of key vendor solutions including Envestnet | Tamarac for proposal, account opening, portfolio rebalancing and billing.  They use Salesforce as their CRM, for which Envestnet has built two-way data transfer.  Hightower is launching a new client portal built on Salesforce, Besso reported.

They also use BlackDiamond for performance reporting.

One of the benefits of having scale is that large firms, like Hightower with $25 billion in AUM, get white glove treatment from their vendors, Besso pointed out. They are provided with a dedicated customer service group instead of being forced to go through the generic call center.

Hightower contracts with numerous technology vendors but also maintains an internal development staff based in Argentina.

Dynasty Financial offers their advisors a choice of wealth management technologies by offering software from both Envestnet and Foliodynamix on their platform.  This is a common tactic for larger firms that want to be seen more as a supermarket of technology options rather than a locked down environment.

No matter which platform advisors choose, they are still able to access their suite of investment services, described their CTO, Paul Metzger.  Dynasty, with around $20 billion in AUM, believes that their infrastructure allows them to transition business in a smoother fashion than their competitors.

Even though United Capital was not part of this panel, I wanted to note that their proprietary Financial Life Management suite, which was just launched last year, has already brought in $3 billion in new business for the firm.  This suite is an open architecture investment platform and integrated middle office with personalized on demand coaching.

None of these firms believe in growth just for growth’s sake.  They are all very selective in which advisor teams or RIA’s they target.  Finding the best fit with their culture is the most important aspect when searching for deals.

Between 2012-2015, Mariner met over 600 RIA’s but only identified 5 that were a fit with their culture, Leitner described.  These RIA’s all lead with financial planning and have a range of holistic service offerings.  Those are aspects in which Mariner will not compromise. 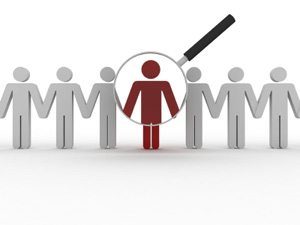 Mariner Wealth has a different business model from other roll-up firms in that they only take a majority stake in the RIA’s that join them, rather than buying them outright.  This definitely filters out the firms that are looking for an exit rather than a long-term partnership.  This gives them some ‘skin in the game.’

Another difference in Mariner’s business model is that advisors are not paid to bring in new business.  They only have to maintain existing business as wealth advisors.  They have a separate sales staff prospecting and signing new clients.  Some advisors may not like this arrangement, but suspect that many more would.

Hightower also has an alternate model referred to as their platform business. This is where RIA’s pay a portion of their revenue, often between 10% to 20%, for middle and back office services provided by Hightower.  This allows the RIA to maintaining their independence.

Imitation is the sincerest form of flattery.  This is especially true when it comes to acquisitions, where the competition for breakaway brokers and RIA’s is intense.
Recently, there has been evidence that RIA roll-ups are pulling back from acquisitions.  According to John Furey, principal and founder of Phoenix-based Advisor Growth Strategies, “… there appears to be more RIA acquisitions that are direct or private equity.”
There have even been teams that have even jumped ship from some rollups.  Last year, Hightower lost a $2.5 billion team who left to launch their own RIA.  They put a brave face on it, but it is never a good thing when 10% of your assets walk out the door.
No matter what you call them, RIA rollups have changed the face of the industry.  But is this just a phase?  Will we see the consolidation reversed in a few years?  Or will these firms still be aggregating new teams and reaching new heights of asset growth?  Nothing is certain except change.

One thought on “4 Secrets of Successful RIA Rollups”