The Day Envestnet Became the King of Financial Planning Software

— Mel Brooks, History of the World, Part I

Does the $500 million deal to buy MoneyGuidePro make Envestnet the King of Financial Planning Software?

There’s so much to unpack here!  Envestnet CEO Jud Bergman said that they had been interested in buying MoneyGuidePro for almost as long as they’ve been a public company (2010).  If that’s true, it’s a long time to wait! So, why make the deal now?

It may have a lot to do with their stock price, which after a strong showing in 2018, recently passed its all time high. The last time they had such a good run was in 2015, right before acquiring Yodlee for almost $600 million.

But this deal is only $295 million in cash with the rest in Envestnet stock. Their stock is a cheap currency they can use for M&A.  The $123 million investment from BlackRock seems to have been spent in other places since the borrowing for this deal is pushing them past the 3X debt to equity ratio. (See Is BlackRock-Envestnet Deal a Tipping Point for Lite Financial Planning?)

The partnership between Envestnet, MoneyGuidePro and Edmond Walter’s Apprise Labs that was announced at the T3 Advisor Conference back in January was probably a contributing factor.  Working so closely to setup the partnership may have led to the acquisition talks or at least gotten everyone in the same room where they could discuss their common goals. (See The Ultimate Cheatsheet from the T3 Advisor Conference)

At the T3 conference, Envestnet CEO Jud Bergman told me that their upcoming MoneyLogixPro product (built by Apprise Labs) was not targeting eMoney clients but designed be an add-on for existing MGP advisors. Now it makes more sense. 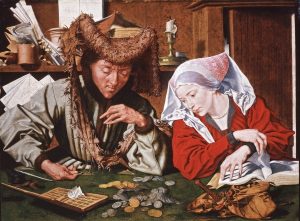 I saw a bunch of people posting their opinions that Envestnet overpaid and that it’s a lot of money. Of course it’s a lot of money! Most of the time the old adage, “you get what you pay for,” holds true. If an asset is unusually cheap, there must be a reason.

But they still could have overpaid. Is this a signal that we’re at the top of the market in financial planning software? Will there be a crash and Bergman will wind up facing a hostile analysts call and angry shareholders?  I think there are a few reasons to believe they paid a fair price.

Fidelity purchased eMoney Advisor back in 2015 for only $250 million. There were rumors going around then that Envestnet had asked Fidelity to partner with them on the purchase but they snatched eMoney out from under them. Even though they lost the deal, the due diligence helped guide them on the valuation for MGP. (See 4 Top Financial Planning Software Apps for Advisors)

Envestnet knows a LOT about financial planning software! Not only did they develop integrations with both MoneyGuidePro and eMoney at least three years ago, they bought and integrated FinanceLogix technology and learned from Oleg Tishkevich and his team about the inner workings. Add that to the the in-depth knowledge from the MGP+Edmond partnership provided transparency before the bid.

Let’s talk brand value. Envestnet is building a stable of great wealthtech brand names that will all increase in value: Tamarac, Yodlee & now MoneyGuidePro – all brands that financial advisors know and trust – plus their own Envestnet brand built over the past 20 years.  (See Envestnet Takes Advantage of Schwab’s Exit from their Portfolio Accounting Business)

Jim Collins, the author of Good to Great and Built to Last, would call this a Cannonball Move. Envestnet fired some bullets with eMoney, FinanceLogix, and the MGP+Edmond Walters partnership and used them to calibrate the market. This deal is an empirically validated big bet that will give them massive momentum.

It’s All About Data

I posted this on Twitter right after the deal was announced.

2/ The @ENVintel + @MoneyGuidePro deal wasn't for cross selling or better integration — this was 100% a *data play* — MGP is #1 in market share of #financialadvisors. ENV now has access to assets by custodian, by tech provider, positions & tons of customer demographics. 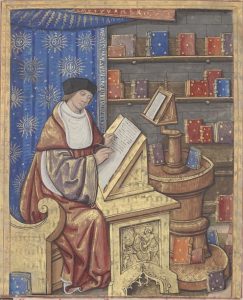 Maybe this was a bit of hyperbole.  There are cross-selling opportunities as well as the option of integrating MGP code into Tamarac or their ENV 2 platform.

But the sheer enormity of the data Envestnet is a gaining access to is mind boggling.  MGP users created over two million financial plans in just the past twelve months, according to the company.  Imagine pumping thirty years of this planning data into Envestnet’s Wheelhouse Analytics engine? What type of trends, observations and recommendations will be generated and presented to advisors as actionable intelligence, dashboards or new products and services? (See Stranger Things Are Happening to Financial Planning Software)

It’s a treasure trove of information.  How about combining all this planning data with held away assets and consumer financial transactions from Yodlee? How can this be combined to provide better analysis, better ideas and better support for advisors?

Envestnet | Yodlee has also been the preferred data aggregation provider for MoneyGuidePro, so that’s a nice fit and helps smooth over the integration of businesses.

A Bird in the Hand

MoneyGuidePro would make a nice interface to Envestnet’s insurance exchange that is scheduled to launch this summer. They could add the ability to directly purchase insurance that is modeled using MGP tools. ENV would take a piece of every transaction similar to their SMA model hub.

Last year, MoneyGuidePro launched their G5 version which included a Life Insurance Needs Analysis module and Long-Term Care analysis.  It enables advisors to create more sophisticated life insurance scenarios by adjusting data points such as the client’s planning age, the survivor’s retirement age, and required funds left to  survivors. It can also calculate the remaining balance on a client’s mortgage and other liabilities while incorporating the cost of a new policy.

Enabling advisors to compare the costs of different insurance policies while never having to leave the MGP interface would be a very powerful user experience. If their insurance exchange works as well as they have promised, it would create a strong new revenue stream for Envestnet and make their platform stickier for advisors who would have more of their business tied up in the system.

The Last Ones Standing

The number of independent vendors of financial planning software is dwindling. Will there be a rush to snap up the remaining independents?

These firms will certainly benefit from the deal. Quovo and other data aggregation providers saw a boom in business after Yodlee was acquired. There may be some firms that don’t like Envestnet or that prefer to work with independents. (See How the Quovo Deal Validates Envestnet’s Vision for Yodlee)

Envestnet has been known to be a trendsetter in the industry with other vendors copying their moves in order to stay competitive.

Envestnet has been genius at sucking up all the oxygen in the wealth management press over the past few years.  $500 million is a lot of money to spend just to keep your name in the papers.  Knowing Bergman and Company, the good publicity is just a happy byproduct of a deal that will keep paying dividends for many years to come.