“What I found over the years is the most important thing is for a team to come together over a compelling vision, a comprehensive strategy for achieving that vision, and then a relentless implementation plan.”

I was fortunate to hear Alan Mulally speak earlier this year where he shared some of the best practices developed during his time leading two of the largest US manufacturing companies.  One of his leadership tips is that it’s not enough to have a bold vision without a strong plan to implement it.

The same best practice holds true for advisor software such as CRM.  Without a well-defined implementation plan, almost any rollout will fail, whether it is across an enterprise or even a single RIA.

We delved into this topic during a panel I moderated at the In|Vest 2019 Conference. This was the second panel that I have moderated for this event and they gave me wide latitude to put together a group of people I thought would be interesting and able to provide the most value to the audience.  Attendees at InVest have high expectations since Sourcemedia has done such a terrific job crafting their content strategy and shaping this conference into one of the most attended in the industry. (Make sure to check out my event summary: 16 Knockout Concepts from the InVest Conference 2019)

My panel was composed of the following experienced industry veterans:

Most Important Factors When Choosing a CRM

The three panelists were chosen because they each implemented a different CRM. Cetera’s decision to go with Redtail was strongly weighted by the majority of their advisors already using it. This eliminated the effort required to transition from one product to another and maintaining the efficiencies they had already developed within the application, Borgmann noted. (See How Cetera’s Risk Profiling With Facial Recognition Can Turn Any Advisor into Dr. Phil)

Of course, El Segundo, CA-based Cetera Financial is an independent broker-dealer, so they cannot force their advisors to use a specific technology. They can only recommend a product and try to make it as attractive a package as possible.

Denver-based Mercer Advisors is an RIA, so all of their advisors are employees and have less choice as to the CRM that they use, which is enterprise-friendly Salesforce. But just to make sure they are incentivized to use it, Mercer has tied their advisors’ compensation to entering data into the CRM, Pierson pointed out. (See Redtail vs Salesforce FSC: Which is the best CRM for Financial Advisors?)

Mercer, which was recently put up for sale by their private equity owners, went through a Salesforce to Salesforce implementation, Pierson explained, moving from the TD Ameritrade-provided version to a direct license.  When describing the shift between different CRM versions from the same vendor, like Junxure Desktop to Junxure Cloud, Kincheloe said it can be like going from apples to kiwis.

Pierson described their intra-Salesforce move as like going from apples to footballs.

Defining Success for Your Implementation

The success of a CRM implementation project depends on three components, described Pierson; the ability to deliver the implementation on time, on budget, and at the original scope intended. While on time delivery often takes priority, there is a constant series of trade-offs between the other two, he reported.  “Are we willing to spend more if development costs increase?” versus “Are we willing to limit the scope in order to deliver on time?” are questions Mercer had to juggle throughout their project, Pierson stated. (See The Velocity of Technology Change is Increasing: What Can Advisors Do To Keep Up?)

Kincheloe recommended measuring buy-in and user engagement across the firm when defining success criteria, while Borgmann took the more pragmatic perspective, looking at the metrics of whether the tool is actually making the firm better connected with clients.

Pierson explained that keeping up with the latest software trends is helpful when it comes time to compare competing products.

Rather than customizing the CRM yourself, it is better to stay within the vendor’s environment and wait for the tools and features to be developed. This allows the firm to benefit from the development and work that the platform does, and keeps it easier to maintain, he emphasized. 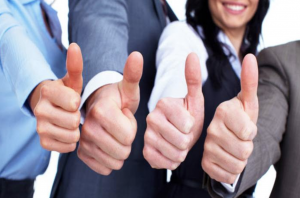 When it comes to increasing support from key stakeholders, Kincheloe said that she sits down with the client and asks “tell me your story.”  It’s a great way to find out what they’re excited about and what they’re scared about regarding the implementation in order to properly address their concerns, she stressed.

It’s common for those who are resistant to change to be left out of the process, Kincheloe pointed out. This is a huge mistake, she stressed, because having the naysayers involved in the project can help get them to accept ownership along with the rest of the team.  This can insulate the project against claims that the views of opponents were ignored. (See Why “Build It And They Will Come” Doesn’t Work With Advisor Technology)

Kincheloe related a story about a client implementation where she allowed someone to talk her out of including the internal operations team in the project, which turned out to be a major blunder.

Borgmann considered the lack of emphasis on increasing adoption of the application to be a mistake after all of the time invested into rolling it out.

A big part of minimizing disruption is acknowledging that it is going to happen and informing people who will be impacted well in advance, Pierson emphasized.  Some of the worst problems occur when teams try to chase every potential disruption instead of realizing that they’re inevitable and instead working to reduce their severity and length. (See Ep 7: Best Practices in Broker-Dealer Technology with Aaron Spradlin & Billy Oliverio from United Planners)

It’s wise to make sure that no other major implementations or upgrades are going on at the same time, Pierson warned.  People need can also help ensure that everyone has the mental space to make changes in their routine.

Borgmann explained that financial advice is moving away from focusing on performance, so CRM systems are becoming more central in supporting advisor-client relationships. According to Kincheloe, the most important integration is with the portfolio manager’s office, because it feeds everything else that needs to happen. She noted that account values are also important as many communications are based on account type. She also warned against integrating features in that will not be used, no matter how cool they look.

What was the biggest mistake you made during your  CRM implementation? 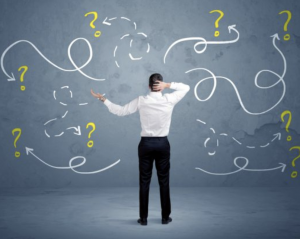 When one system has been ingrained in a firm for an extended period of time, many users create unique ways to integrate it into their business processes, Pierson explained. This makes it harder to gather user requirements and the implementation consultants wind up needing more time than was estimated, he said.

Mercer had to pause their Salesforce implementation project when they realized they were not keeping up with the requirements gathering schedule, Pierson reported. They brought the team together to brainstorm ideas for speeding things up because without understanding the specific use cases currently running, it’s impossible to implement a product that will helpful and add value to the maximum number of users. (See Ep 17: How Advisors Can Find Their ‘Unfair Advantage’ with Tricia Haskins)

‘If it’s not in Salesforce, it didn’t happen’ was Pierson’s motto for incentivizing advisor adoption of their chosen CRM. That is definitely an effective way to get everyone motivated! Although, many firms do not have this kind of control over their advisors and need to get creative to find ways to increase adoption.

According to a study by MIT Sloan Management Review, the vast majority of managers believe that “achieving digital transformation is critical” to their organizations. However, 63% said the pace of technological change in their workplaces is too slow, primarily due to a “lack of urgency” and poor communication about the strategic benefits of new tools. (See The Indispensable Advisor by Joe Duran)

Keeping the core team engaged and excited about the project is a key aspect of boosting user adoption, Borgmann emphasized.  Another recommendation he had was to create an advisory council of users and solicit their feedback at regular intervals in the process. They can also act as an interface to the larger advisor community after implementation.

Kincheloe described her roles-based approach, looking at how different groups use the system differently and letting that drive her approach to training and assessing adoption. In her experience, advisors are often the most difficult group to convert, as many are tech-adverse.

Prev#ItzOnWealthTech Ep 21: Zen and the Art of Artificial Intelligence
16 Knockout Concepts from the InVest Conference 2019Next

One thought on “5 Foolproof Tactics for a Successful CRM Implementation”